Everybody has heard of Male Pattern Baldness, but women lose hair too. The following article discusses some of the most common types of hair loss faced by women. So if you’re female and losing hair, don’t worry—you’re not alone. Hair loss may be embarrassing, but it is extremely commonplace. Also, unlike men, women’s hairline rarely recedes, and women almost never go completely bald. And hopefully with the help of this article, you can pinpoint the cause of your hair loss and start counteracting it immediately.

It might keep you from getting pregnant and curb acne and heavy periods, but there are some downsides to birth control including weight gain and hair loss. Hair loss on the pill can range from minor to major. Hormone imbalances can cause some hair to fall out (as you’ll see in a later section), and birth control pills influence hormones. It stops the fertilization process by adding estrogen and progestin to your system, which can induce hair loss. To be clear, birth control will not make you lose hair in all cases, but if you’re on the pill and losing hair, it’s worth checking into. If you’re considering getting on the pill but are worried about being at risk for hair loss, check with your doctor about getting low-androgen birth control pills. 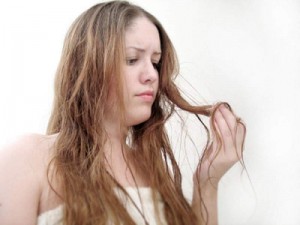 In this instance, “tight” doesn’t mean cool or harmonious. It means you’re pulling your hair so much for your hairdo that you’re pulling it right out! So think twice before you pull your hair into a tighter ponytail or braid—it might look good now, but it won’t look good when your hair falls out. Your scalp will hurt if you pull your hair too hard, and it may even scar in the worst instances. (On a side note, don’t yank your hair when you’re brushing it, since this can lead to a similar effect. Better yet, use a comb rather than a brush—combs are known for being easier on the hair.)

This was touched on before in the Birth Control section, but hormone imbalances can occur in a variety of ways—pregnancy, childbirth, menopause, hypothyroidism, polycystic ovarian syndrome, you name it. It can also be influenced by lifestyle through factors such as poor diet (including general nutrient deficiency or more a more temporary crash diet), not enough physical activity, or a lot of stress. Excess levels of testosterone and dihydrotestosterone (DHT for short) damage your hair follicles, causing hair to fall out. In short, if you find a lot of stray hair on your pillow or hairbrush, check your lifestyle and habits and see if anything stands out.

“We believe that treatment for hair loss is enhanced when iron deficiency, with or without anemia, is treated.” ~ review by Leonard Benjamin Trost, MD; Wilma Fowler Bergfeld, MD; and Ellen Calogeras, RD, MPH

Research shows a clear link between iron deficiency and hair loss—to the extent of some doctors claiming (such as the ones quoted above) that more iron will get your hair growing again. The pattern cited is that too little iron can worsen hair loss and a sufficient amount of iron can mitigate or even reverse hair loss. It is also important to note that iron can help treat hair loss even if you aren’t anemic—a slight iron deficiency is enough to make you lose hair and, conversely, adding iron to your diet to offset a slight deficiency can get you your hair back.

Yes, this happens to women too—in fact, it is the most common cause of hair loss for women. Pattern Baldness can be genetic or related to environment, and it is frequently seen with aging. Contrary to the name, Female Pattern Baldness almost always results in partial hair loss rather than total hair loss. It also appears differently in women than in men; in women, bare patches appear closer to the front of the head than the middle and back as with men. The good news is that it’s highly common and comes with a variety of treatment options.

And here’s a video with 5 Roots of Women’s Hair Loss (Female Balding):

Female hair loss – why does hair loss happen to women?