Thanks to androgenic hormones, people can develop baldness on certain spots of their heads as they age. However, some start to lose their hair in their teens or twenties. Men will usually lose hair closer to the back of their heads, while females generally lose hair closer to the front. Pattern baldness can be caused by both genetics and environment, and it happens when hair follicles shrink and eventually stop producing hair. Although male pattern baldness is far more common than female pattern baldness, women can still develop partial baldness through similar circumstances or sometimes by Polycystic Ovarian Syndrome, which throws women’s hormone levels out of balance by producing extra male hormones—androgen specifically. (PCOS can also result in extra hair, although this usually manifests on the body and not on the head.) Pattern baldness is extremely common and not a cause for concern, although the resulting hair loss can be annoying or embarrassing.

“Telogen” refers to the telogen phase during which the hair follicle rests, encouraging hair loss. Effluvium is just a fancy word for outflow. Breaking the disorder’s terminology down thusly shows that Telogen Effluvium means hair loss due to premature hair follicle rest. Telogen Effluvium won’t scar your scalp, but it could result in a significant amount of hair loss. (That said, there’s more good news—it won’t ever make you lose all your hair.) It is often caused by physical and mental traumas such as childbirth, eating disorders, hypothyroidism, stress, or drug use. It is said to be the “second most common form of hair loss,” although not a lot is known about it.

Known by many other names that will probably just confuse you, Tinea Capitis is medical terminology for scalp ringworm. Tinea Capitis comes with one or more patches of baldness on the scalp. It can get pretty uncomfortable with all the scaling, swelling, and itching, but it usually doesn’t occur after people reach a certain age. Tinea Capitis is found mostly in children before they reach puberty, so if you are an adult with no children or children past their preteens, you probably don’t need to worry. If you or your children do end up with Tinea Capitis, a trip to the doctor may be in order. Expect oral medication and/or a special shampoo for treatment.

Trichotillomania is when people pull out their own hair, and it is classed as an impulse control disorder. (An impulse control disorder is psychiatric jargon for inability to resist a certain urge or temptation.) So while this one sounds like it has an easy solution—stop pulling your hair out—it isn’t very easy for many people. Trichotillomania is generally chronic, meaning people struggle with it on a lifelong basis rather than over a period of a few weeks, months, or years. Family history and stress can increase risk of the disorder, and it can range from mild to extreme. Common treatments include therapy and medication. 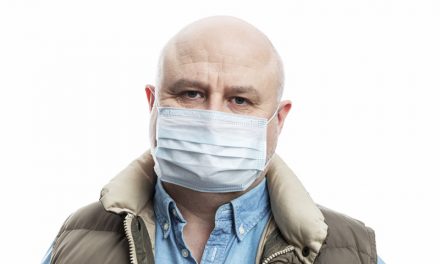 The Relationship Between COVID and Being Bald

Are You At Risk For Hair Loss?

What illnesses can possibly cause hair loss?